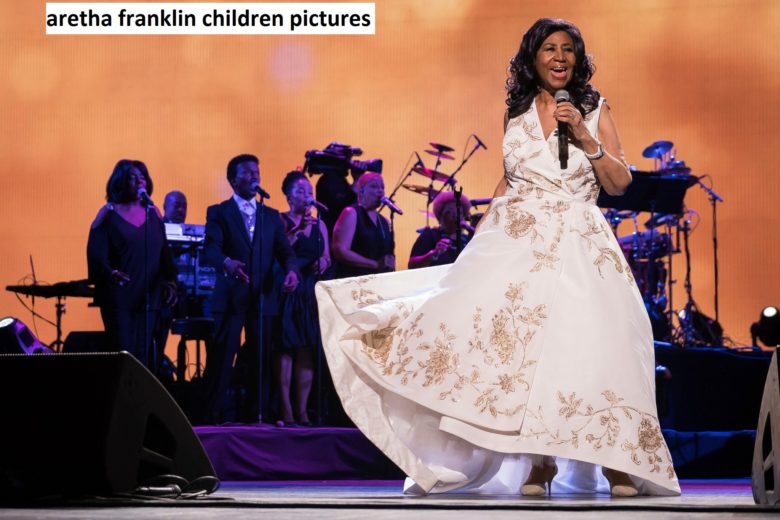 Three years after the passing of Aretha Franklin, the world keeps mourning the iconic singer. However, the most affected are her four adult sons, whom fans know little to nothing about.

The Queen of Soul passed away in August of 2018 after a battle with cancer, and she left a hole in the music industry and the lives of her family. Aretha was a renowned artist, a dedicated philanthropist, and the proud mom of four adult sons.

However, the singer kept her private life away from the spotlight as best as she could, and that’s why some fans are still surprised to learn that she became a mother for the first time at the young age of 12.

Her first child was born in January 1955, and she named him after her father. This drove some people back then to theorize that Aretha’s father got her pregnant, but a few years later, it was revealed in one of her handwritten wills, discovered in 2019, that Clarence’s father was Edward Jordan.

While Clarence was never interested in music, he made sure to pay back to his mother all her love and dedication, as she was just a child, another child when she had him. Clarence was always there for his mother, as the eldest of her children.

Edward Franklin was born two years after Clarence when Aretha was 14. His father is a man named Edward Jordan, but that’s all the information made public about him.

Aretha was 19 years old when she married her first husband, Theodore White Sr. in 1961. Three years later, they welcomed a son, Theodore Jr., into the world. He’s the most musically inclined of Aretha’s four children.

He attended Michigan State University, knows how to play the guitar, and has worked as a record producer, music engineer, and tunesmith. Theodore played the guitar for his mother on several occasions, but he also has a solo career as Teddy Richards.

Theodore collaborated with the Australian rock band INXS on several of their biggest hits and was the opening act for other groups such as Red Hot Chili Peppers, Seal, and The Verve Pipe.

The youngest of Aretha’s children, Kecalf Franklin, was born in 1970 to the singer and her then-boyfriend and road manager, Ken Cunningham. Even though they never married, the couple dated from 1968 to 1976.

Kecalf had a short-lived career as a Christian rapper, but he stood on the same stage as his mom on different occasions. The most memorable for him, perhaps, was Aretha’s 2008 concert at the Radio City Music Hall.

Kecalf has also worked to highlight his mother’s history of activism. In 2018, he appeared in a YouTube video from the National Civil Rights Museum Freedom Awards with his children Victorie and Jordan Franklin and spoke about her efforts.

Although her father doesn’t seem to have what it takes to make it in the industry, Victorie Franklin, Kecalf’s daughter, might make a difference.

The young woman is a star in the making. She performed at the BET Awards in 2014 as part of a tribute to her iconic grandmother, and her rendition of Tamela Mann’s “Take Me to the King” earned her a standing ovation from the audience.

“Today, we lost an icon, a legend, but today I lost my grandma. I love u and imma make u proud. [sic]”

Maybe we’ll see Victorie on the stage in the future, keeping alive her grandmother’s legacy.

The Queen of Soul was universally ranked among the greatest, most influential singers of the 20th century. Her publicist had confirmed that she died from advanced pancreatic cancer of the neuroendocrine type.

The daughter of Detroit minister C.L Franklin was known for her seminal blending of gospel, pop, standards, R&B, and blues. All of these defined what would become known as soul.

THE BATTLE OF THE BROTHERS

Shortly after Aretha’s death, bitter squabbling surfaced as her four sons and others debated whether any of the handwritten documents found in her house could qualify as valid wills.

As of 2019, the estate had not been accurately valued, but some experts estimated that it could ultimately be worth hundreds of millions of dollars — if the family could manage it properly.

When Aretha died, at age 76, her family had believed she had no will. Under Michigan law, that meant that her estate would be divided equally among her four sons.

With that understanding, the sons appointed Sabrina Owens, the daughter of Aretha’s sister Erma, as the estate‘s representative or executor. However, the surfacing of her handwritten notes changed the dynamic of things.

The Queen of Soul largely avoided keeping her personal life out of the public, as have her sons.

Franklin’s oldest son, Clarence was born when she was 12 years old in 1955.

His father was believed to be Franklin’s classmate, Donald Burke according to her biographer and author of Respect: The Life of Aretha Franklin, David Ritz.

After her death, Franklin’s family found handwritten wills in her home which instead stated that Clarence, 66, was the son of another of her classmates Edward Jordan Sr. The wills were not authenticated, according to NBC News.

She named him after her own father.

Born when Franklin was 14, Edward Franklin perhaps shares a father with his older brother Clarence.

Named after his father, Edward Jordan, 64, shared his mother’s singing talents and has performed on multiple occasions including in duets with Franklin.

In 2015 he sang at his grandfather Rev. C.L. Franklin’s funeral, performing his mother’s favorite gospel song “His Eye is On the Sparrow.”

According to a Detroit News report at the time, his rendition prompted a standing ovation, with many in attendance moved to tears.

Ted is Franklin’s son from her first marriage to Ted White.

White also worked for Franklin for some time as her musical manager before their marriage ended after seven years amid reports of domestic abuse.

Ted was largely raised by his father and went on to perform backing guitar for his mother for 30 years.

Under the stage name Teddy Richards, the 57-year-old has enjoyed his own success in the music industry, performing as the opening act for Seal, Lenny Kravitz and INXS.

He’s also created his own solo work and plans to release his third album Solitaire in 2022.

The child of Franklin and another of her former managers Ken Cunningham, his name is a portmanteau of his father’s first name and his mother’s initials.

Kecalf, 51, tried to forge a career for himself as a Christian rapper and appeared on stage with his mother.

After previously stating that TV series centered on his mother’s life Genius was “pushed through without the family’s consent”, he thanked makers of Respect, MGM, “for being extremely professional” in an Instagram post in July.

Illness and death at a young age

Tragically, Barbara Franklin died of a heart attack on March 7, 1952.