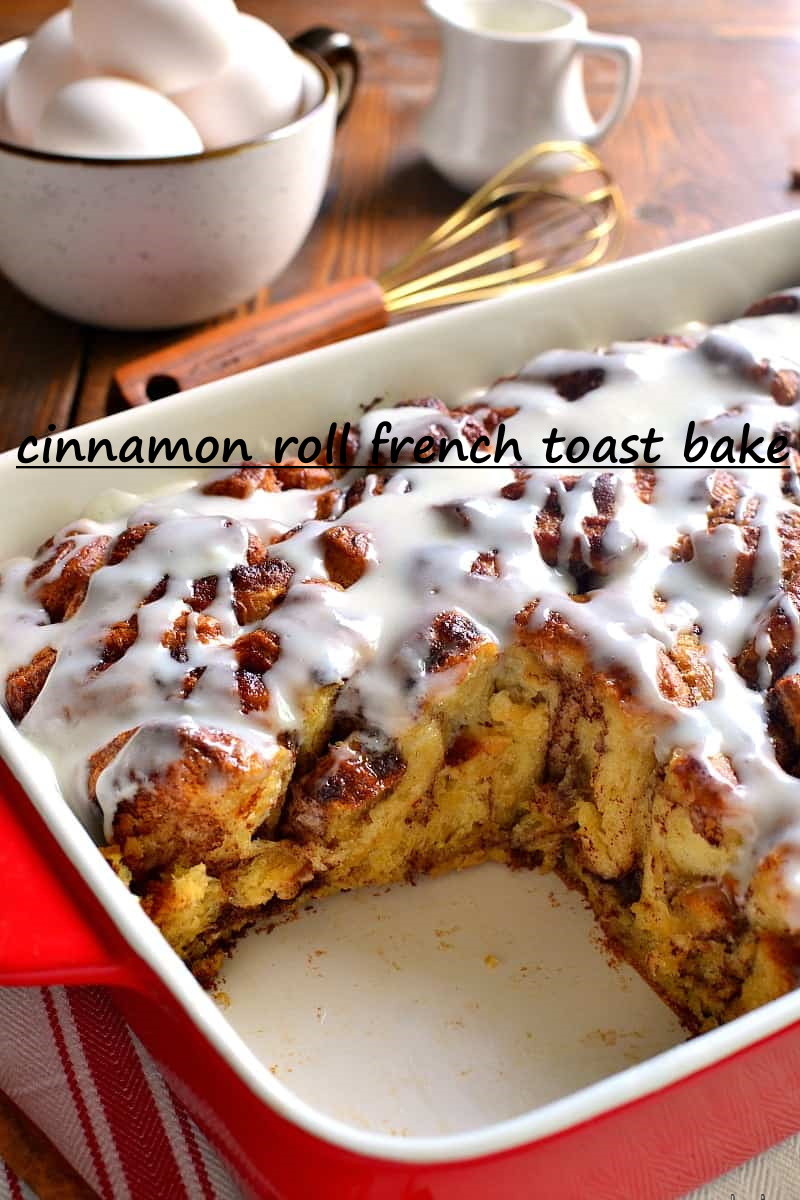 Refrigerated cinnamon rolls are baked in a egg, milk and cinnamon mixture to make this simple, shortcut french toast bake, filled with the flavors of cinnamon, vanilla and maple syrup.

This homemade Cinnamon Roll French Toast Casserole is easy to make and tastes amazing! Made with just 7 simple ingredients, there’s no other way that you should start the day than by whipping up this delicious casserole recipe!

Perfect for a weekend brunch or a lazy Saturday at home. Fill your plate, kick up your feet, and dive in! The sugar glaze on top is perfection in every bite. It’s like cinnamon rolls in French toast form!

can you make it in advance?

Yes! You can do this in one of two ways:

1. Prep the cinnamon rolls and spread them into a pan. Cover with plastic wrap or foil and refrigerate. Then prep the egg mixture and store it separately. Combine the two just before baking.

2. Prep the entire casserole in advance and refrigerate overnight, then bake according to instructions.

Leftovers should be stored, covered, in the refrigerator for up to 5 days.

To reheat, I would recommend 20-30 minutes at 350° in the oven. You can also reheat individual pieces in the microwave.

Another way to alter this recipe is to add ½ cup of brown sugar to the top prior to the icing and then top with sliced bananas.  This brown sugar and banana combination adds a delicious flavor to this crock pot cinnamon roll casserole.

There are tons of options to change this recipe to make it your all time favorite!  I hope you try it soon and please leave us a comment to let us know what you think!

What to serve with cinnamon rolls?

This Cinnamon Roll recipe has become a staple at our house. My kids look forward to it and having it on Saturday morning makes it extra special.

Some of the items we serve with the cinnamon rolls are listed: