By maryam behzadi on Thursday, November 4, 2021 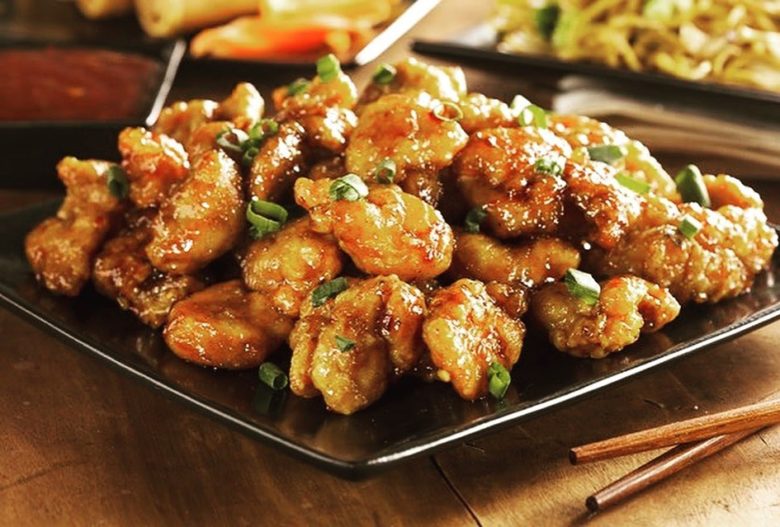 If you have ordered takeout or you’ve gone to a local Chinese restaurant lately, it’s likely you’ve come across authentic, and sometimes unfamiliar, Chinese names for the menu items. While browsing the menu, you might have seen a dragon and a phoenix symbol, or maybe there was a dish with this name. But what do a dragon and phoenix mean?

A dragon and phoenix in American Chinese food usually stand for a chicken and shrimp meal, symbolizing the presence of the dragon (seafood) and the phoenix (poultry) in harmony. It may also include eel, snake, lobster, duck, or squab in more authentic Chinese food.

Chinese menu items often carry symbolic names with deep history and folklore. The dragon and phoenix offer rich meaning while also describing the type of food you will be eating. Read on to discover more about this unique Chinese menu item.

What is Dragon in Chinese Food?

The dragon is a highly regarded symbol in Chinese culture, dating back to 3000 BCE. It stands for good luck, masculinity, nobility, agriculture, and kindness. When dragons are used on Chinese menus, they typically mean that seafood is being used in the dish. (Source: CLI)

The Dragon in American Chinese Food

For the symbolism to be as authentic as possible, this dish is often presented with the shrimp as whole pieces. The curved body of the shrimp represents the way the dragon curves and moves as it walks. The shrimp is typically spicy or hot, or it can be presented in a garlic sauce.

The Dragon in Authentic Chinese Food

For more authentic Chinese food, a dragon can represent several different types of seafood. You might see:

On your plate, because these foods have elongated bodies like a dragon. These seafoods will also be served in a way that best helps them resemble the body of the dragon.

The seafood can be served in various ways with a large variety of sauces. They can be fried, steamed, baked, or even boiled. They will usually be served on a bed of rice or with vegetables.

What is Phoenix in Chinese Food?

The phoenix is seen as the king and queen of all birds in China. It symbolizes peace, prosperity, and rebirth. It is also known as yin and yang because it carries both feminine and masculine characteristics. Because it is a bird, when it is used on a Chinese menu, it usually means that the dish includes some type of bird such as turkey, duck, or chicken. (Source: Easytourchina.com)

The Phoenix in American Chinese Food

In a less authentic way than classic Chinese food, the phoenix in American Chinese food usually means chicken. Like a phoenix, the chicken is meant to symbolize a bird rising from the ashes. It is also meant to be seen as a dish that goes well with everything because it is complimentary and easy to pair.

Since it can’t be kept whole like the shrimp in the dragon dish, the chicken is chopped into pieces and served spicy, mild, or breaded in a sauce. Whether it’s General Tso’s, Sesame, or Kung Pao, the chicken can be paired with rice or steamed vegetables.

The Phoenix in Authentic Chinese Food

Typical American Chinese food does not include duck, squab, or turkey, but these authentic dishes are staples in China cuisine. While turkey and duck are reasonably well known in the United States, squab isn’t. Squab is a young domestic pigeon (typically under four weeks old) and is served fried or breaded like chicken.

Squab used to be widely served at Chinese restaurants in the United States, but it’s much more difficult to find now. It’s assumed this is due to a lack of interest and cost. Chicken is almost always cheaper and more familiar to the customers than other types of poultry.

What is Dragon and Phoenix Together in Chinese Food?

So now that you’ve read about dragon and phoenix as separate dishes, you may be wondering what it means when they are presented together in a dish. Why is it called Dragon and Phoenix, and why do they pair well together?

When dragon (shrimp) and phoenix (chicken) are paired together, they are meant to symbolize the pull of both yin and yang. Yin and Yang is a Chinese concept of dual forces in the universe that are forever interacting with one another. To bring them together in any capacity symbolizes harmony and peace.

Because chicken is both land and sky-based and shrimp is sea-based, putting them in a dish brings all of the aspects of the earth into one place. This shows harmony and prosperity and is meant to be good luck for the person consuming the dish.

In proper Chinese form, the dragon and phoenix, placed in someone’s home or given as a gift, would symbolize matrimonial bliss or everlasting love. These two complementary forces work together to bring love and peace to the married couple.

Similarly, the dish of dragon and phoenix is meant to demonstrate everlasting bliss in its composition. Combining poultry and seafood brings two complementary forces together in a way that might not naturally occur but works seamlessly.

How Did Dragon and Phoenix Become Staples on the Chinese Menu?

Dragons and Phoenixes existed in Chinese culture long before they began to show up on Chinese menus. It’s believed that the dragon symbol is one of the earliest in China’s history and came when several tribes were joining together. Each tribe had its own animal symbol, so the dragon symbolized unifying all animals under one character.  (Source: Ancient History Encyclopedia)

The phoenix was first used in China over 8000 years ago. Back then, it is thought to have symbolized good luck. Over the years, it slowly evolved into the yin and yang, Fenghuang bird that it is today.

How Did Dragon and Phoenix Make Their Way to a Chinese Menu?

It’s unknown when Chinese restaurants began using the dragon and phoenix on their menus, but like any culture with rich history and symbolism, you can assume it’s been part of their food for a while.

Especially in the United States, more ethnic restaurants find ways to bring their customers a more immersive experience. Food names matter and can change how a consumer views the dish they are eating. A Chinese dish called “hamburger” or “hot dog” just wouldn’t taste the same.

Using the rich symbolism with dragon and phoenix, a Chinese restaurant conjures authenticity, community, and harmony. Not only is the menu claiming that the marriage between chicken and shrimp is ideal and noteworthy, but it’s also helping you feel like you are taking part in Chinese culture and experiencing a little of what the tradition has to offer.

There are many exciting and unique items to choose from a Chinese menu, and it’s fascinating to know how the dishes got their names. The dragon and the phoenix are no exception.

The dragon symbolizes good luck and nobility, and it is typically served as a shrimp or seafood dish. The phoenix symbolizes peace and prosperity, and it is used to name chicken or poultry dishes. When put together, they make the perfect harmonious dish of chicken and shrimp.

The two great mythical animals of Chinese legend – the dragon and the phoenix – are represented in this dish along with long noodles to ensure a long life.

1. Pour warm water over the noodles and loosen them with your fingers. Drain and set aside. Cut through the back of the prawns almost all the way through and press down on the cut to butterfly the prawns. Toss the prawns and chicken thighs in the cornflour.

2. Combine the ingredients for the sauce in a separate bowl.

3. Heat the oil in a wok over high heat and add the ginger and garlic, frying until fragrant.  Allow cooking for about 3 minutes until the noodles are tender. Stir through the beansprouts and the cornflour mixture until the sauce thickens. Remove from the heat and serve scattered with the coriander and fried shallots.