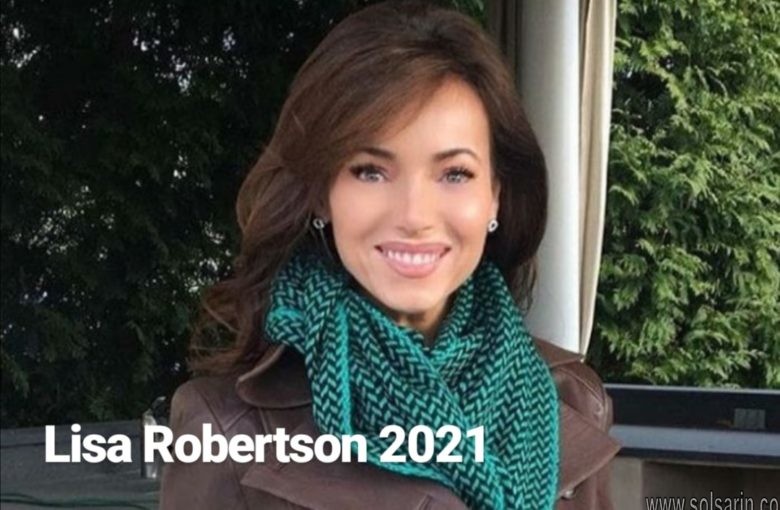 Who is Lisa Robertson?

She was born on 7 November 1965, in Collegedale, Tennessee USA, and is a television personality as well as a fashion designer, probably best known for being one of the most popular presenters on the home shopping network QVC – she was with the network for 20 years before leaving in 2014.

Any fashion enthusiast is no stranger to Lisa Robertson, the fashion designer and sensational TV queen who hosted the QVC show for twenty years.

QVC (Quality, Value, and Convenience) is a televised home shopping network that was started in 1986 by Joseph Segel and broadcasts in seven countries with over 350 million households receiving it.

Lisa began broadcasting in the network in 1995 and went on to have a stellar career as a presenter for 20 years.

According to a source, the hostess was paid an annual salary of $ 1 million by the shopping channel.

Due to the popularity of QVC, Lisa managed to garner a massive following both on and off-air. But in December 2014, Lisa left QVC, and many fans have been wondering what became of her.

What is Lisa Robertson doing these days?

Lisa Robertson is now running her own fashion line – G.I.L.I Line. She is active online and has accounts on different social media platforms. She also has her own website which she uses to help promote her online fashion line business.

Lisa also is very active with her charity work – raising awareness of ovarian cancer in women. She lost her mother to the disease in 2009, and has always wondered if an early diagnosis might have saved her.

Where is Lisa Now?

Lisa spends most of her time managing GILI – her online retailing company. She uses her website lisarobertson.com and social media accounts to market its products and services which include jewelry, beauty, fashion, wellness, and home décor. All her accounts have a decent following – with thousands of online users interested in what she has to offer

From time to time she publicly gives her opinion on social issues. Her interviews have been featured in several popular publications including the ‘Vogue’ and ‘USA Today’

After 20 years of working with the company, Lisa left QVC in 2014, the details as to why have not been made public. This caused many fans and viewers to react, since a lot of them enjoyed her presentations. Rumors started going around, and according to several sources, she had experienced harassment from stalkers while working with QVC, which left her afraid. One of her stalkers was named Peter Ferreira, who was apparently well-known for harassing her for more than a decade; he was eventually apprehended and sent to jail.

Around the time she left, rumors also started spreading that she had passed away but it was later revealed that the one who passed away was someone who just shared the same name as hers. She later personally denied all of the death rumors. Since leaving the company, Lisa spends her time on public speaking engagements, talking about social issues, and has also been interviewed by popular publications, including “USA Today”, and “Vogue”. She continues to manage her brand of merchandise as well.

Lisa Robertson boasts over 20 years’ experience with the QVC channel. The 2-decade long relationship with the channel had made it appear as if Lisa Robertson was that integral part of the network that would never leave. However, as they say, all good things have to end, but it did not make it any less surprising to see Lisa Robertson leave QVC in December 2014.

Lisa Robertson never revealed the reason why she left QVC after all those years, but it’s kind of appearance at this point in time, isn’t it? It was as a good time as any and Lisa should also as a person move on to bigger things. All Lisa Robertson did was give a tearful goodbye speech to her viewers;

“You have become a part of my every day. I know you listen to me, but I want you to know that I listen to you, too,” she said, “You have been a bigger help, a greater source of comfort and a more welcome diversion when I have needed it, than anything else I can think of.”

Later in her last show, the rest of the QVC team prepared a video montage of her co-stars, vendors, and viewers thanking her for 20 glorious years. Robertson somehow made it through the video but did not say much afterward, but “Thank you!” as her co-stars gathered to give her cheers.

Lias started her career with a brand new home shopping channel, which was just starting up in Knoxville. With the help of the team, Lisa was able to grow the channel from scratches to the top. While working in Knoxville, Lisa started to grow her interest in TV hosting for such programs.

In 1990, Lisa started to serve as a representative of the Pearl Association of America & Japan. Lisa also participated in a state beauty pageant and won Miss Tennessee. After winning the pageant title, Lisa worked with a charity program called “Drug-Free Tennessee”. Furthermore, the Governor of Tennessee awarded Lisa for her work and outstanding service through “Drug-Free Tennessee”.

Later, Lisa started working on the QVC Network. Lisa Robertson worked for more than 20 years at QVC. Lisa was one of the main presenters on QVC, demonstrating and promoting thousands of products being offered for sale. Furthermore, Lisa also hosted other programs, including “PM Style”, and ”Friday Night,”

Furthermore, Lisa has appeared as a guest on the “Wendy Williams Show,” “Project Runway All-Stars,” “Good Morning America” and others. In 2014, after two decades of work at QVC, Lisa was one of the network’s most prominent faces. However the same year, Lisa Robertson is left QVC. Lisa’s sudden departure has caused quite a stir among her viewers and fans but the reason behind this has not been disclosed yet.

There is nothing better than seeing the most beautiful cities in Europe with your friends…..unless it’s doing that on a Tauck River Cruise! I am so excited!!!!!! Who wants to come?!!! Here’s the information on our very first river cruise!

*Cruise Planners is offering a complimentary pre-trip hotel stay in Prague the night of April 17, 2021.

Along the “river of kings”… medieval castles and Gothic cathedrals… charming riverside villages… the Imperial treasures of the Habsburgs…
lush Wachau valley vineyards… the music of Mozart… From Prague to Budapest, castles of all descriptions have watched over the landscape from their royal perches for centuries.

On this 12-day journey featuring a 7-night Danube cruise, they remain lasting testimony to kingdoms and culture, ready to welcome you… during a private dinner in Lobkowicz Palace… an exclusive evening of Imperial entertainment at a private Vienna palace… in Baroque Salzburg and atop Budapest’s Castle Hill… and exploring Vienna’s Ho urg or Schönbrunn Palace. It’s going to be a Blue Danube cruise to remember!

Tour begins: 5:30 PM, InterContinental Prague. A transfer is included from Václav Havel Airport Prague or the Praha Hlavni Nadrazi train station to the InterContinental Prague in the heart of the city. Those arriving early may join your Tauck Director for a walk to this historic city’s Old Town Square. Begin your amazing Blue Danube river cruise adventure early this evening with a Tauck Exclusive – a royal welcoming reception, tour and dinner at 16th-century Lobkowicz Palace at Prague Castle. Immerse in an evening of classical cultural treasures – music and art played an important role in the aristocratic world of the Lobkowicz family.

here are times where life comes full circle. When the intricate links of our every day become a beautiful pattern. I know that sounds a little “out there”, but that is how I feel right now. In 2016 I found something so beautiful and inspiring that I started my company because I had to have it and I couldn’t get it without buying a large commercial shipment. Yes, it was the “Stars in the Sky Christmas Tree”.

This tree came from a source in the Netherlands that creates pieces for the European market. I love the difference that makes in their approach. They create such beautiful things that what started with a Christmas tree is now a partnership that includes 2 trips to the Netherlands every year and allows us to start working on our Christmas collections for you, over a year ahead of time. Katie and I love it and one of the bonuses is that we get to visit the Christmas Markets across the border in Germany when we go. These markets are so warm and quaint and wonderful that it is something we fit in every chance we get. We have always said it is something we wish we could share with you…and now we can.