what is the national animal of costa rica? 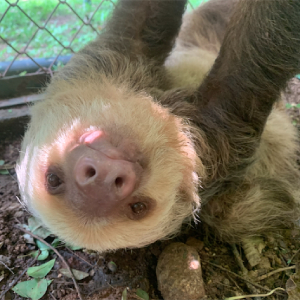 what is the national animal of costa Rica?

Welcome to solsarin, Keep reading and find the answer about “what is the national animal of Costa Rica?”

The two- and three-toed sloth has officially become national symbols of Costa Rica after a unanimous vote by lawmakers and a signature from President Carlos Alvarado.

“Indirectly, the sloth has been built as a national symbol, as a distinctive of our country, without having been officially declared as such,” the law’s text reads, noting that “no other animal in our territory has enjoyed such popularity.”

The ruling tasks the Environment Ministry with ensuring “the proper conservation of sloth species.” It also encourages the Tourism Board to use sloths in local and international advertising campaigns.

The national symbols of Costa Rica

The national symbols of Costa Rica represent the country, its people, and its traditions.

The Coat of Arms (National Shield): Declared as a national symbol in 1948 in order to strengthen the organization of the three Powers of the Republic and provide the country with symbolism in its international relations.

The Flag of Costa Rica: Declared as a national symbol in 1948. The representation of the three colors is as follows: blue represents the sky that covers and protects Costa Rica; white symbolizes the peace that exists in the country and the purity of its ideals; red evokes the courage of the Costa Rican people to defend their democratic system.

La Guaria Morada: The national flower since 1939, after the request of several prominent figures of the time.

The Guanacaste Tree: A national symbol since 1959. It was granted such status in a context where the country had been promoting the protection of natural resources.

The Yigüirro: In 1977, the Yigüirro was decreed as the national bird due to its harmonious song. But it’s not much to look at.

The National Anthem of Costa Rica: It has been declared a national symbol since 1949, so its teaching would be compulsory for patriotic activities.

La Carreta (Oxcart): La Carreta was declared a symbol in 1988. Its historical role in economic and social development is recognized as an expression of popular art. The decorated wagon has been a hallmark worldwide and has fostered artisanal creation and production. It was declared by UNESCO as an Intangible Cultural Heritage of Humanity.

The White-tailed Deer: Declared a symbol of the fauna of Costa Rica in 1995.

The Marimba: Declared a national musical instrument since 1996. Among other reasons, it was considered to be linked to the most diverse popular festivities in Costa Rica. Its manufacture and execution have been passed down for generations through oral tradition.

The Independence Torch: Declared a national symbol in 2005, based on a project that intended to celebrate Central American independence.

Los Crestones at Chirripó National Park: Declared a national symbol in 2011 in order to promote tourist attraction to said park.

The Manatee: Declared a national symbol of the marine fauna of Costa Rica in 2014, from the initiative of two first-grade students interested in the protection of natural resources in the national territory.

The Pre-Columbian Indigenous Spheres: In 2014, UNESCO named the set of pre-Columbian chiefdom settlements with stone spheres of Diquís as a World Heritage Site. In that same year, it was declared a national symbol of Costa Rica.

The National Theater: The construction of the National Theater began in 1891. In 2018, it was declared a national symbol for being one of the most important buildings in national history and the country’s main architectural jewel.

Coffee from Costa Rica: In July 2020 coffee became a national symbol due to its role in Costa Rican economic, social and cultural development. The Costa Rican “grain of gold” has been a fundamental part of the national and local economy.

20OCT is International Sloth Day, and one country is taking these slow-moving, sweet-faced and gentle creatures to heart, just as sloths have taken global pop culture by storm.

Formerly a synonym for laziness, sloths have become cultural darlings, with their famously adorable countenances that always seem to be smiling sweetly, 270-degree, slow head rotations, ability to hold their breath underwater for over half an hour, and a digestive system that takes days to process food. Sloth encounters have famously turned celebrities to tears, and have become among the top requested travel experiences.

Now, sloths have some important work to do: they are national animal symbols of Costa Rica. The country made the announcement ahead of worldwide International Sloth Day.

According to The Costa Rica News, while signing the new law, Costa Rica’s president proclaimed, “I celebrate the new national symbol: the sloth, the friendly and peaceful animal that is an international benchmark for animal protection.”

Another official explained the move “sends a clear message to our society and the entire world, that our social pact with the environment is not reduced to the simple protection of large areas of land, but also shelters the species that live there.”

Nearly 30% of the country is protected as a nature park or reserve.

Now, areas around known sloth habitats will be protected, and traffic slowed to reduce harm to the adorable, slow-moving creatures who are not able to walk but pull themselves in slow-motion across the ground.

The country’s residents see a connection between the sloth’s easy-going, relaxed lifestyle, spending most of its time swinging gently from tree limbs, to the peaceful, Costa Rican ‘Pura Vida’ mindset which focuses on a living life with little stress and instead, enriching the mind, body and soul.

Even prior to its adoption as a national animal, sloths were already among the best-known animals that visitors from North America look forward to spotting on a visit to Costa Rica.

Of the six sloth species in the world, Costa Rica is home to two unendangered subspecies – the Two-Toed Sloth and Three-Toed Brown Sloth, which are both typically spotted in tree canopies around the country.

While sloths can be spotted all throughout Costa Rica, Manuel Antonio National Park, Limón, Monteverde, the Osa Peninsula, Arenal, and Tortuguero are great places to plan travel for fans of sloths.

But spotting a sloth in the wild can be a challenge. Although they have few natural defenses, sloths can be hard to detect, as their fur blends in well with the branches they hang from.

What is the National animal of Costa Rica?

The white-tailed deer is the national animal of Costa Rica, which is scientifically known as Odocoileus virginianus. Costa Rica’s national animal White-tailed deer is native to the United States, Canada, Mexico, Central America, and South America as far south as Peru and Bolivia. It has also been introduced to New Zealand, Cuba, Jamaica, Hispaniola, Puerto Rico, Bahamas, Lesser Antilles, and some countries in Europe.

Costa Rica’s national animal Whitetail deer color is reddish-brown in the summer, which is turned to grayish-brown in winter. The eyes, muzzle, and throat are surrounded by white fur, as well as the under portion of the belly and tail. When a whitetail deer is worried, it will raise its tail to expose the white underside. It is a signal of warning for other deer, and this instinct gives the whitetail deer its name. Whitetail deer have an enormously diverse diet and can eat more than 600 species of plants.

They prefer acorns, grasses, leaves, crops like soybeans and corn, berries, twigs, fungi, fruit, and nuts to eat. They have a four-chambered stomach, which can digest extremely tough vegetation. Whitetails have jagged incisors and big molars for biting grinding it up when they chew. Costa Rica’s national animal White-tailed Deer has belonged separate name for both males and females. The male deer are called bucks and females are does or Doze. The color of white-tailed deer is grayish-brown in winter, which turns to tan or reddish-brown in summer.

Although some parts of the body are white like as belly, throat, under the tail, insides of the legs, inside the ears, around the nose, and eyes. The male white-tailed deer have antlers. The White-tailed deer, Costa Rica’s National animal is one of the most distinctive mammals in the Americas, which symbolized tenderness tempered with strength, peace, energy, fertility, and prosperity. It outstandingly represents and glorifies the spirit of Costa Rica.