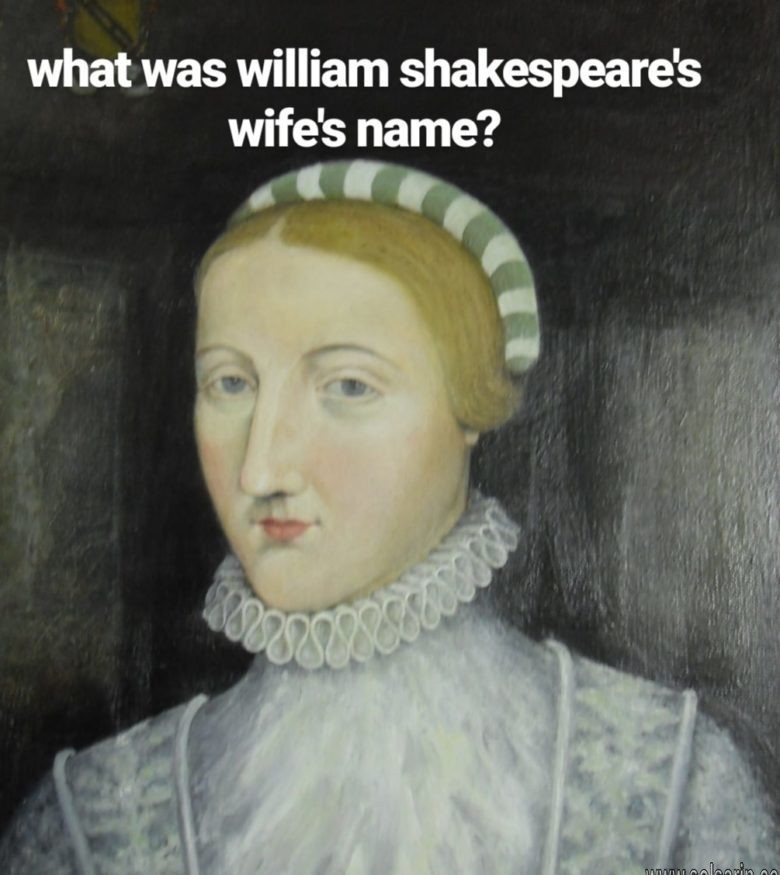 Who was Shakespeare’s Wife?

William Shakespeare married Anne Hathaway in November 1582 and they remained married until Shakespeare’s death. At the time of their marriage William was 18, while Anne was 26—and pregnant with their first child.

The average age of marriage was 26 years of age, so Anne would have been an eligible young lady of her time. William, on the other hand, was still a minor in the eyes of the law and so required permission from Anne’s father to marry Anne. Shakespeare’s early marriage also meant that he wouldn’t legally be able to complete an apprenticeship.

To avoid any scandal surrounding Anne’s pregnancy, William sped up proceedings by applying to the Bishop’s Court in Worcester. This licence also authorised the marriage to take place outside the parish of normal residence, allowing William and Anne to be married outside of Stratford-upon-Avon. Stratford then lay in the diocese of Worcester, and two documents survive in the diocesan archives to establish the marriage was performed in November 1582, but neither document specifies the parish in which they did marry. The parishes of Luddington, Bishopton, Billesley, and Temple Grafton have all been suggested.

Anne and William’s first daughter, Susanna, was born six months after their marriage, and they would go on to have twins Judith and Hamnet a few years later.

When and why did they get married?

William Shakespeare and Anne Hathaway married in 1582, when Anne was already several months pregnant with their first child. The marriage was considered unusual at the time, as William was just eighteen years old and so had to obtain his father’s permission to marry Anne, who was 26. To avoid the scandal of having a child out of wedlock, the couple obtained permission from the Bishop’s Court in Worcester to speed up proceedings and so married outside of their home parish. Subsequently, no records exist of where the wedding actually took place.

When Anne Hathaway married and became Anne Shakespeare in 1582 she went to live with her husband in his parents’ house in Henley Street, Stratford upon Avon.

Anne gave birth to children – two daughters and a son. Their first child was daughter Susanna born in 1583 , six months after William and Anne got married. Then, in 1585, the couple had twins, Judith and Hamnet. Hamnet died at the age of 11 during the Plague. Susanna married a local physician, Dr. John Hall and Judith married a vintner, Thomas Quinney.

Soon after the marriage, William Shakespeare went to work as an actor in London while Anne remained in the Henley Street house with her in-laws. Shakespeare visited frequently but his wife Anne Hathaway never went to London, as far as anyone knows.

Anne’s in-laws were fairly prosperous, although that prosperity was on the decline, but their standard of living improved as her husband became, at first, well-off as a successful playwright and theatrical operator and then famous as the writer and presenter of the most successful plays of his time, even performing, occasionally, for the King and his royal court. Anne lived the life of what would be the equivalent, in our times, of a millionaire’s wife and enjoyed the prestige that came with having a successful and very wealthy husband. In 1596 her husband bought and moved the family into New Place, one of the biggest houses in Stratford upon Avon.

Although it is now demolished, New Place was an impressive house. There were ten hearths, which means it had between 20 and 30 rooms. Towards the back of the courtyard stood a large, late-medieval hall, where the Shakespeares and Hathaways gathered to socialise.

Anne continued to live in New Place as a wealthy widow, until her death in 1623, aged sixty-seven. She was buried beside her husband in the chancel of Holy Trinity Church in Stratford.

William and Anne Shakespeare had three children. Their first child was Susanna, born a mere six months after the wedding of her parents. She was christened on May 26, 1583, and twins arrived in January, 1585. They were baptized on February 2 of that year and named Hamnet and Judith, after two very close friends of William: the Stratford baker, Hamnet Sadler and his wife, Judith. Tragically, Hamnet Shakespeare died of unknown causes in August 1596, at the age of eleven. The events of his short life are unrecorded.

The Life of Susanna Shakespeare (Hall)

Witty beyond her sex, but that’s not all,
Wise to salvation was good Mistress Hall.
(Susanna Hall’s Epitaph)

On June 5, 1607, Susanna married the famed and prosperous Stratford physician John Hall. Susanna’s marriage to Dr. Hall must have pleased Shakespeare tremendously, for Shakespeare appointed John and Susanna executors of his will. Susanna moved into John’s home (Hall’s Croft) and on February 21, 1608 gave birth to a baby girl. Shakespeare’s granddaughter, Elizabeth Hall, was baptized at Holy Trinity Church in Stratford.

Shakespeare left the clever and business savvy Susanna most of his property upon his death in 1616, and she and John left Hall’s Croft to live at Shakespeare’s home, known as New Place, where they oversaw the affairs of Susanna’s mother. With respect to her literacy, we know that Susanna could sign her own name and, if we also consider her reputation as a highly intelligent woman, it is plausible that she could have enjoyed the printed work of both her father and husband, the two most celebrated men in Stratford.

Dr. Hall left detailed records of his medical practice which reveal that, astonishingly, he had developed a treatment for scurvy made from local grasses and plants high in ascorbic acid, over one hundred years before James Lind’s discovery that the disease could be treated with citrus fruit. When Susanna herself contracted scurvy, John’s treatment was a complete success.

John Hall died suddenly in 1635 and was buried close to Shakespeare at Holy Trinity Church. Susanna died in 1649, at the good age of sixty-six, with comfort knowing that her only child was a remarkable success.

Elizabeth Hall lived a noteworthy life indeed. John and Susanna made sure Elizabeth was well educated and we have evidence that “her handwriting was well formed and clear like that of her father” 2. Her first husband was the wealthy barrister Thomas Nash, son of Shakespeare’s good friend, Anthony Nash. They were wed in 1626 and moved into New Place, where Nash died in 1645. Four years later Elizabeth married her second husband, John Barnard, who was knighted in 1661 by Charles II. Sir and Lady Bernard took up primary residence at Abington Manor, John’s sprawling estate in Northamptonshire, with his eight children from a previous marriage. Elizabeth herself had no children and was Shakespeare’s last descendant. She died in 1670, just days short of her sixty-second birthday.

THE DEATH OF WILLIAM SHAKESPEARE

Shakespeare  draft his will in January of 1616. Perhaps he was unwell. There are no records or documented evidence which throws any light as to the health of Shakespeare in 1616. The strain of the scandal surrounding Judith would not have helped. William’s son-in-law, Dr. John Hall, oversees his final days and treatment. And in April 1616 William Shakespeare dies. (The exact date or cause of death is unknown but it seems fitting that he died on April 23rd April,

the same approximate date of his birth, on St. George’s Day, the patron Saint of England). The funeral of William Shakespeare was on April 25th 1616  when he was buried in the chancel of Holy Trinity Church in Stratford. Anne, of course, would have been the chief mourner supported by the family of William Shakespeare.