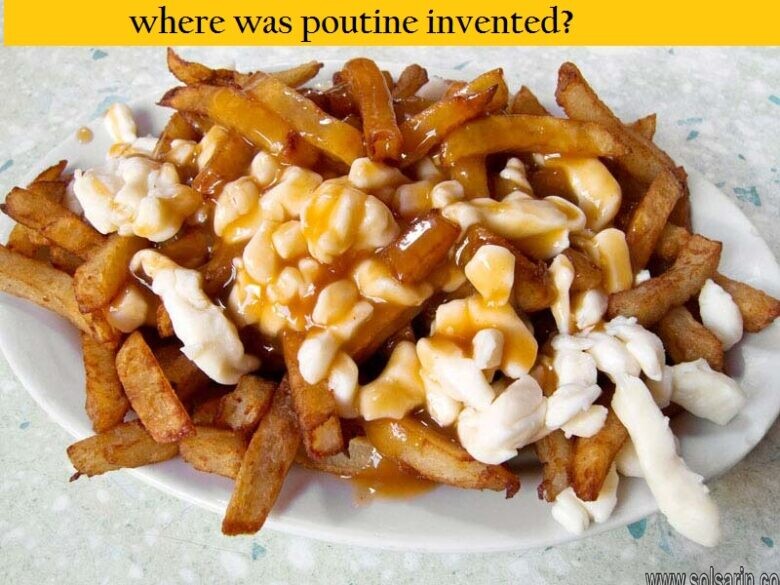 Hello dear friends, thank you for choosing us. In this post on the solsarin site, we will talk about “where was poutine invented?”.
Stay with us.
Thank you for your choice. 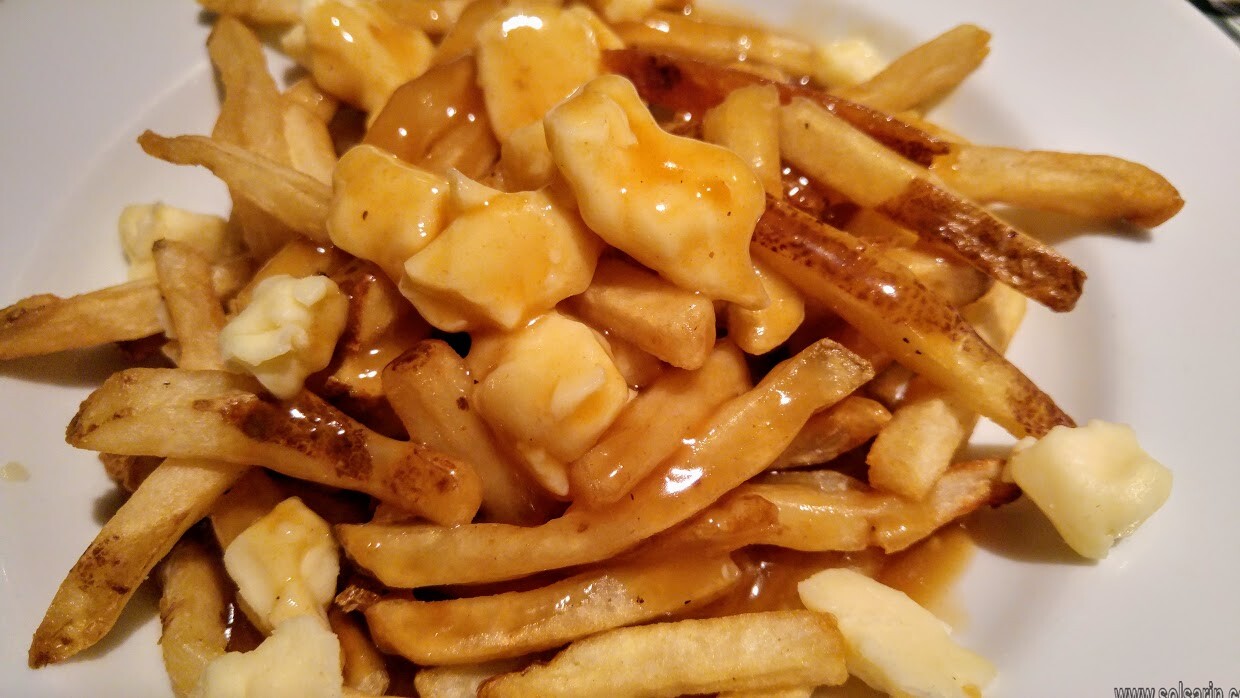 Poutine is a Québécois dish made of fresh-cut french fries topped with cheese curds and gravy.
It first appeared in 1950s rural Quebec snack bars. It was widely popularized across Canada and beyond in the 1990s.
Poutine may be found everywhere from fine dining menus at top restaurants to fast-food chains including McDonald’s and Burger King. It has become an iconic symbol of Québécois cuisine and culture.

While poutine is now available at fine restaurants and fast-food chains alike.

it was completely unknown in the mid-20th century.

The combination of fresh-cut fries, cheese curds and gravy first appeared in rural Quebec snack bars in the late 1950s.

Though the precise origins of poutine are much debated, in most cases, the dish was developed in stages.

Proximity to fromageries producing cheese curds in Centre-du-Québec was one key ingredient.

Within the area, several towns and families lay claim to poutine’s creation. In Warwick (near Victoriaville), Fernand Lachance of Café Ideal (later renamed Le Lutin qui rit) has said that he first added curds to fries at the request of Eddy Lainesse, a regular customer, in 1957.

Lachance reportedly replied, “ça va te faire une maudite poutine!” (“that will make a damned mess!”), before serving up the concoction in a paper bag.

The combination became popular, with diners customizing the dish by adding ketchup or vinegar.

In 1963, Lachance began to serve the dish on a plate to contain the mess left on his tables.

When customers complained that the fries grew cold too quickly on the plate, he doused the fries and curds with gravy to keep them warm.

In Drummondville, Jean-Paul Roy claims that he invented poutine at his drive-in restaurant Le Roy Jucep in 1964.

He had been serving fries in a special sauce since 1958, in a dish he called patate-sauce.

When he noticed that customers were adding cheese curds (he sold them in bags at his snack counter) to their fries, he added the dish to his regular menu under the name fromage-patate-sauce.

Notably, Roy had to travel to Toronto to find a vendor who could provide containers sturdy enough to hold the mixture.

The word poutine is commonly believed to have originated from the English word pudding (or as it were in French, pouding) used to describe a mixture, typically messy, of various foods.

In Québec, the term poutine is slang for mess.

More than a dozen other explanations have been offered, including the root of the French words potin (pâté) and poutitè (potato ragout).

After the dish gained popularity in the small towns of south-eastern Quebec.

it arrived in Quebec City in 1969 (at the Ashton Snack Bar food truck on boulevard Hamel) and in Montreal in 1983.

As poutine’s popularity spread, various iterations began to appear, such as Italian poutine (made with spaghetti sauce or sausage in place of gravy).

veggie poutine (made with mushroom sauce and vegetables) .

and Irish poutine (made with lardons). Regional variations included la galvaude from Gaspésie,

prepared with chicken and green peas, and Montreal-style poutine, made with smoked meat, to name but two. 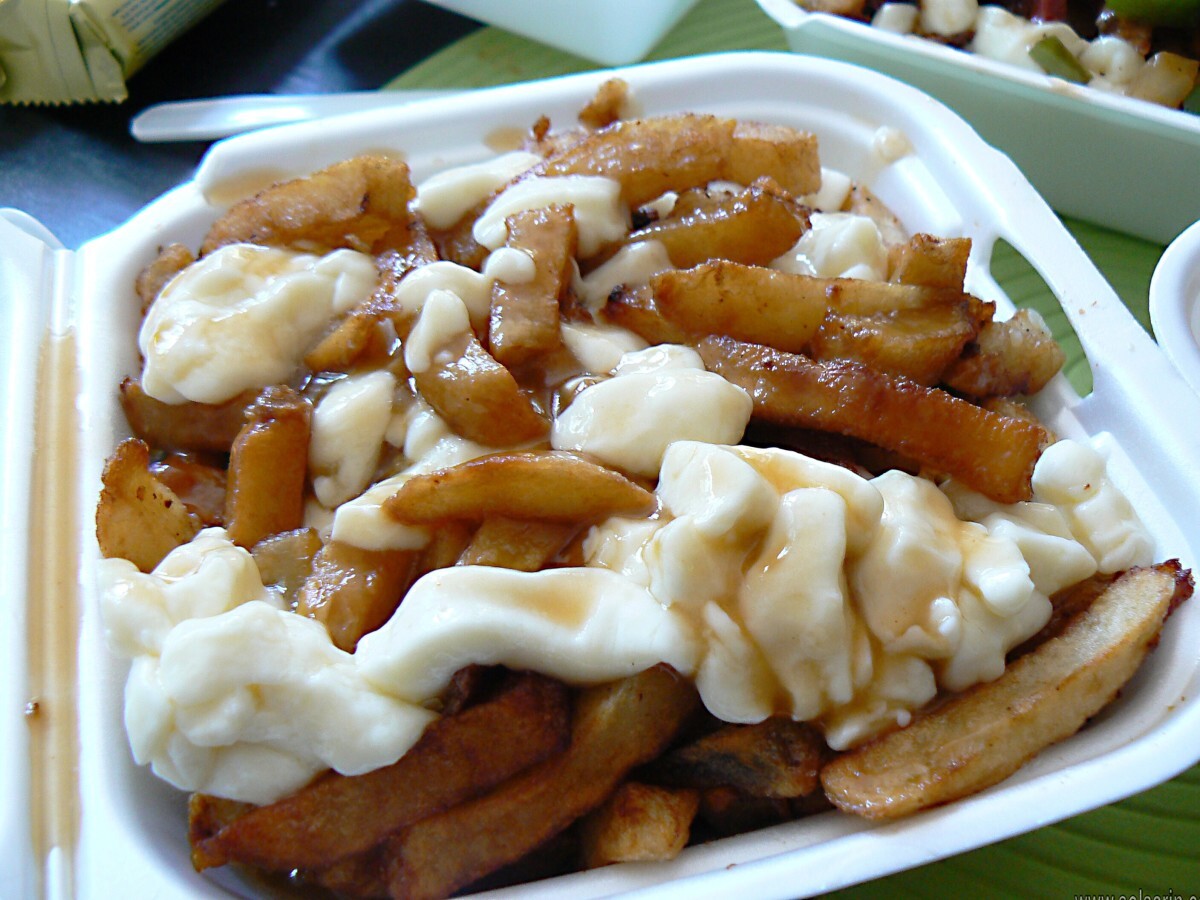 By the 1970s, a version of the dish appeared as far afield as New York and New Jersey, where it was known as “disco fries” .

and made with shredded mozzarella instead of traditional cheddar cheese curds.

Nonetheless, purists consider authentic poutine to be that which contains such “squeaky” cheese curds as those produced in the area of its origin.

Poutine was first sold in a restaurant chain in 1985, by the short-lived Québec franchise Frits (the company folded in 1988). In 1987, Jean-Louis Roy.

a Quebec-based Burger King franchisee, convinced the chain to offer poutine on its menu.

The dish proved so popular that the brand began selling poutine in all of its Quebec outlets, and in Hawkesbury, Ontario, the following year.

McDonald’s catapulted poutine to fast-food fame when it added the dish to Quebec store menus in 1990 before expanding the offering to other Canadian locations.

Canadian chain Harvey’s followed suit in 1992, placing poutine on menus across the country.

Specialty poutine chains and restaurants later popped up in Canadian cities, including Smoke’s Poutinerie (2008) and Poutini’s House of Poutine (2009).

While poutine is for many an unlikely choice for haute cuisine.

the sturdy classic became a chef favourite during the comfort food revolution of the 2000s. During the back-to-basics food movement.

Gourmet poutines began to appear on menus at high-end restaurants in other cities such as Toronto.

While the exact provenance of poutine remains contested, its birthplace is unquestionably Quebec.

The dish has come to be a quintessential symbol of the province.

Attempts to label the dish as “Canadian” have been met with scorn within Quebec.

In a 2011 interview with Toronto Life magazine, Montreal chef Chuck Hughes lamented that, “over the past few years poutine has become known as a Canadian dish, and it’s totally NOT a Canadian dish.

It’s Québécois!” In 2017, Nicolas Fabien-Ouellet, a Montrealer and post-graduate student in Food Systems at the University of Vermont, made waves .

with an academic paper arguing that “the presentation…

In an interview with the New York Times, Fabien-Ouellet said, “Like Céline Dion, poutine was once mocked and underappreciated in Quebec.

Now that poutine has become an international superstar, Canadians want to say it is theirs, but it is not.” 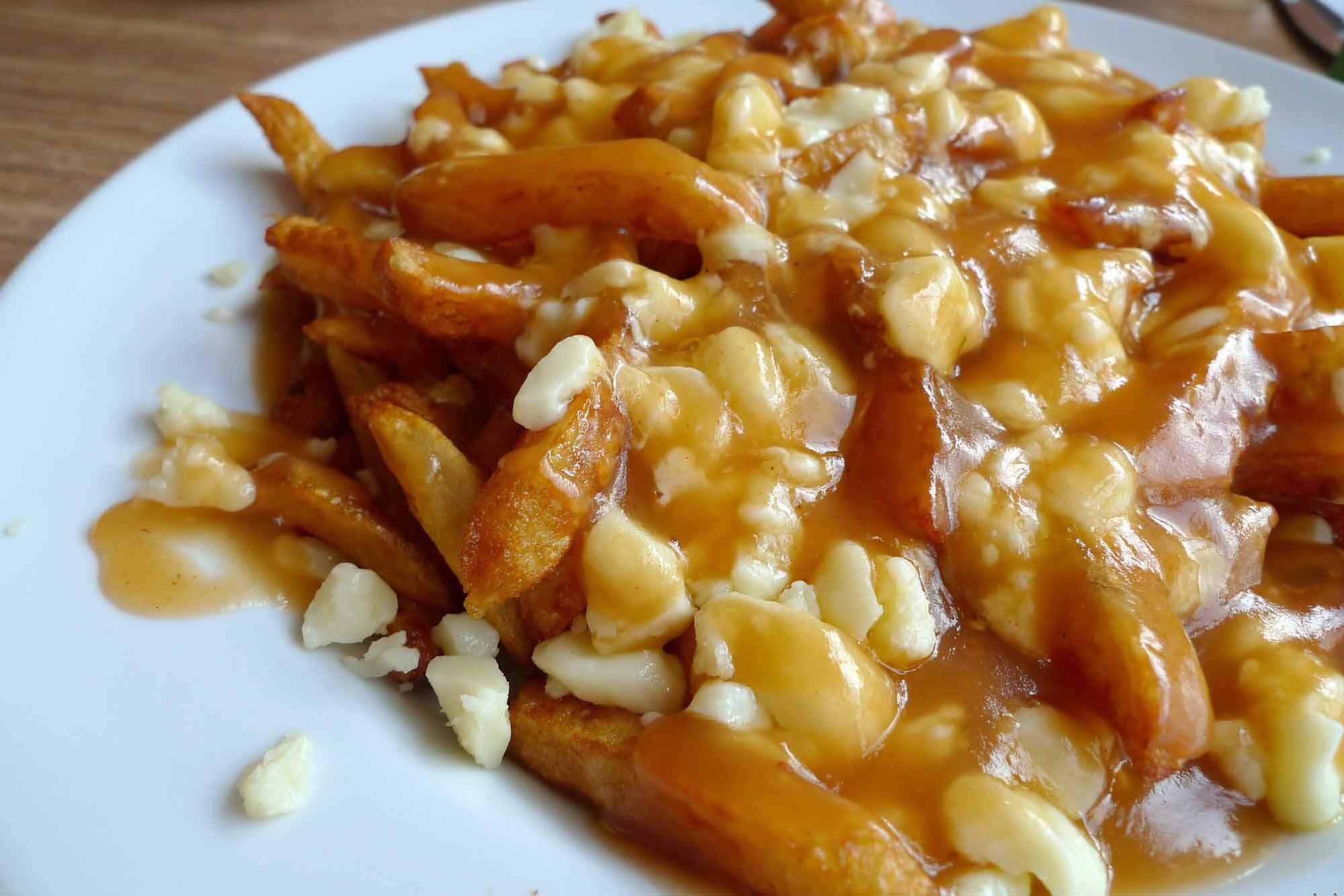 where was poutine created

Can you believe someone ate 13 pounds of poutine in a contest?

To the uninitiated, it looks like nothing more than a steaming pile of fries, gravy and half-melted cheese curds. But in Canada, the signature dish of Quebec is a point of culinary pride. (And sometimes intrigue. What better alias to figure in a political scandal than Pierre Poutine of “robocall” fame?) More than half a century after it first appeared in rural Quebec, restaurants across the country are providing new spins on the iconic dish, throwing maple syrup, pulled pork and even lobster into the mix.

Here are seven facts about poutine you probably didn’t know:

1. It is widely accepted that poutine was invented in 1957 when a trucker asked Fernand Lachance to add cheese curds to his fries in Warwick, Que.

3. The average male would have to jog 2.5 hours to burn off the 1,422 calories contained in the country-style poutine (bacon, chicken, gravy, fries, onions and mushrooms) available nationwide through Smoke’s Poutinerie.

4. In 1970s New York and New Jersey, poutine was served as a late-night side dish at clubs. They called
it “disco fries.”

5. At a 2010 poutine-eating contest in Toronto, the winner, Pat “Deep Dish” Bertoletti of Chicago (pictured above) ate 5.9 kg of poutine.

6. The largest poutine in the world was made in Saguenay, Que., and weighed 654 kg—about as much as a large horse.

7. Considered the most expensive poutine in Montreal, the poutine au foie gras is available for $23 at Au Pied de Cochon

listen)) is a dish of french fries and cheese curds topped with a brown gravy. 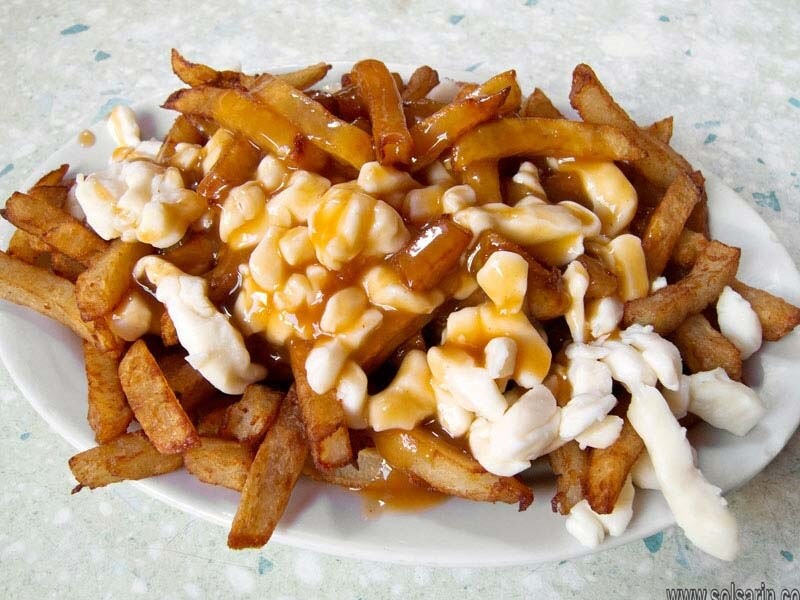