what happened to Ryder on destination truth 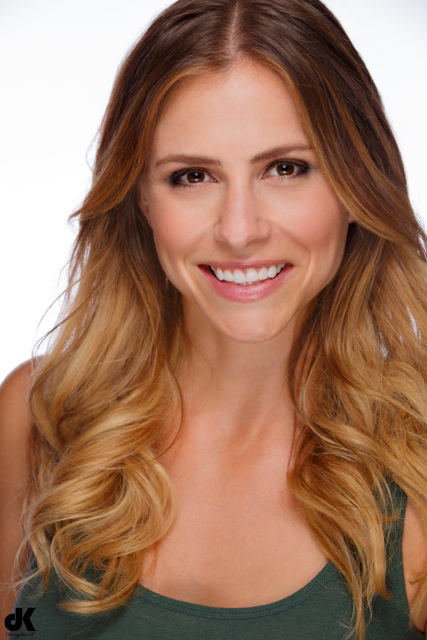 what happened to Ryder on destination truth

Hello there, Keep reading and find the answer about “what happened to Ryder on destination truth” in solsarin.

Erin Ryder (born August 14, 1980) is an American television host, television producer, adventurer, explorer, and photographer. She was a co-executive producer and on-camera investigator for Syfy’s hit reality television series Destination Truth, a weekly one-hour show filmed in remote locations around the world that explored some of the world’s mysteries and unexplained phenomena. She also served as a host and co-executive producer on the series Chasing UFOs for the National Geographic Channel.

Ryder was born in New York City and resides in Los Angeles, California. She has degrees in communications and computer applications from the State University of New York at Cortland, where she graduated with honors in 2002, along with an All-American title and a National Championship in field hockey. She also earned a Masters’s degree in Television, Radio, and Film from Syracuse University’s S. I. Newhouse School of Public Communications.

Ryder moved to Los Angeles in 2005 to continue her work in the field of television. She landed a job as a field producer at MTV on the Final Fu, a series that pit the best practitioners of their respective martial arts styles against one another in a series of challenges and head-to-head fights. Ryder also assisted in producing the 32nd Daytime Emmy Awards.

2007 brought Ryder back to New York where she worked as a producer on VH1’s competition reality series, The (White) Rapper Show.

In 2009 she was sent to Detroit to work on ABC’s, Crash Course, a stunt-heavy competition reality series. That same year she worked as a supervising producer on Cartoon Networks’ first live-action kid’s show, The Othersiders. She also produced Dude, What Would Happen, a jackass-for-kids like a reality show on Cartoon Network.

In 2010 Ryder produced MTV’s Ultimate Parkour Challenge, a live race through an urban environment by practitioners of parkour.

In 2011 she worked in the field on The Discovery Channel’s hour-long special The Supernaturalist, which followed magician Dan White as he travels through Nepal, in an attempt to discover real Tibetan magic. 2011 was also the year she began working on the documentary television series pilot, Finding Bigfoot that premiered on May 30, 2011, on Animal Planet. The show follows a group of investigators from the BFRO around the country in search of the mysterious creature.

Ryder appeared in the second, third, fourth, and fifth season of Syfy’s paranormal reality series, Destination Truth, as a producer and team member. Destination Truth was a weekly reality television series that first premiered on June 6, 2007, on Syfy. The program followed paranormal researcher Josh Gates around the world to investigate claims of the supernatural, mainly in the field of cryptozoology. Season three concluded on April 21, 2010, and holds the highest ratings ever for the series, which continued with the fourth season in 2010 and a fifth and final season that ended on August 14, 2012. Ryder was also the co-executive producer for the series.

Ryder, Ben McGee, and James Fox, star in the Nat Geo series Chasing UFOs, which premiered on Friday, June 29, 2012. The show focuses on a team of investigators who set out to investigate reports of UFO activity across the United States, frequently interviewing eyewitnesses. Ryder is also the co-executive producer for the series.

In 2016 Ryder produced and starred in the web series Myth Explorer for Universal Studios. It follows her and her crew as they, “brave an island that doesn’t appear on any official map—a rocky, skull-shaped jungle in the Indian Ocean where the story of King Kong originated.” It centers around the 2005 film. The online series was launched to promote the upcoming King Kong attraction: Skull Island: Reign of Kong. The series was promoted on SyFy and included an extra teaser on NBC.

Erin loves to stay on the edge of adventure wherever she happens to be. Ryder is willing to try anything once. Her drive has to lead her all over the globe and helped her collect over six years of experience as a producer in the travel, entertainment, and sports industries. And while Ryder has tried her hand in all aspects of production, ranging from show idea development, directing, and writing, she loved the freedom of investigating out in the field for Destination Truth. Erin, known by friends as Ryder, is a veteran member of the Destination Truth crew. Her passion for travel and adventure is unrelenting and her enthusiasm is made apparent on screen through her penchant for getting into trouble and her spot-on sardonic humor.

Her philosophy on life is, “to be fearless in the pursuit of truth” — well, more or less. Before joining Team Truth, Erin wrote and produced numerous television specials and series around the world, including the 2004 Olympic Games, the Daytime Emmys, and the Summer and Winter X Games. With over 6 years of production experience, Erin has an in-depth knowledge of all aspects of television and has worked for a wide range of networks such as NBC, ABC, CBS, Discovery Channel, MTV, and Cartoon Network. Raised in New York, Erin is a graduate of Syracuse University’s Newhouse School, where she received a master’s degree in Television, Radio, and Film and was an All-American Field Hockey player. She grew up in New York and currently resides in Los Angeles, California.

If the truth is out there, a team from the National Geographic Channel might be the best shot there is of finding it. But the network’s new docu-series, Chasing UFOs, ups the ante in the search for answers from The X-Files believer/skeptic duo of Mulder and Scully, and adds a third character – the “sliver.”

Enter Erin Ryder. Haling upstate New York, Ryder has an extensive resume of producing shows that range from topics such as parkour to Pussycat Dolls to, most recently, the paranormal. She is a skeptic who wants to believe – and might have enough reasons to do so after the first season of the NatGeo show, which premieres with two back-to-back episodes tonight at 9 p.m.

Ryder is already known to fans of the unexplained by her work as co-executive producer and on-camera adventurer on the Syfy monster-hunting show Destination Truth (which debuts its fifth season on July 10 at 10 p.m.). But in Chasing UFOs – also from Truth production company Ping Pong Productions – Ryder takes the lead as her team looks to the skies and into the shadows.

Along with UFOlogist James Fox and skeptical scientist Ben McGee, Ryder serves as co-executive producer and field researcher in a pursuit that often takes them into a dark territory of extraterrestrial sightings, alien abductions, and government conspiracies. In the first episodes alone, the team heads to Texas and encounters a town where more than 30 residents claim they saw mysterious lights flying above them. Then there are is the retired military brass who warns that a large-scale cover-up is in place – a warning that hits close to home when the team believes they’re being followed. And yes, there is a lot of investigating and running around in the dark – which is a fun draw of the show.

But instead of only pursuing theories and eyewitness accounts – and playing with lots of cool gadgets – Chasing UFOs also attempts to pursue the science behind E.T. experiences. For instance, the show is working with SETI (the Search for Extra-Terrestrial Intelligence) to send an outer space, crowdsourced reply to the “Wow! Signal” of 1977.

Erin Ryder joined us to discuss her leap from monsters to aliens, and open up about the science, skepticism – and lots of bleeped-out swear words – of Chasing UFOs, along with some inside info on the new season (and future) of Destination Truth. (After the jump…)

Q: Obviously I know your work on Destination Truth, but how do you go from producing sports shows to chasing monsters to UFOs?

A: I’ve had a love for travel and adventure since I was younger. Anything that’s allowed me to do that, in terms of producing, has been fantastic. That’s why Destination Truth has such a place in my heart. I’ve been fond of UFOs since I was little; I’m definitely a sci-fi geek at heart. I’d say the [mass] sightings in the Hudson Valley were kind of something that affected my family. They would talk about sightings. It was so intriguing and I wanted to see something for so long. And I actually saw something. You’ll see it this season on Destination Truth. We saw something in Kazakhstan that I really cannot explain. And that just kind of revved up this love again.