where did kinkajous originate? 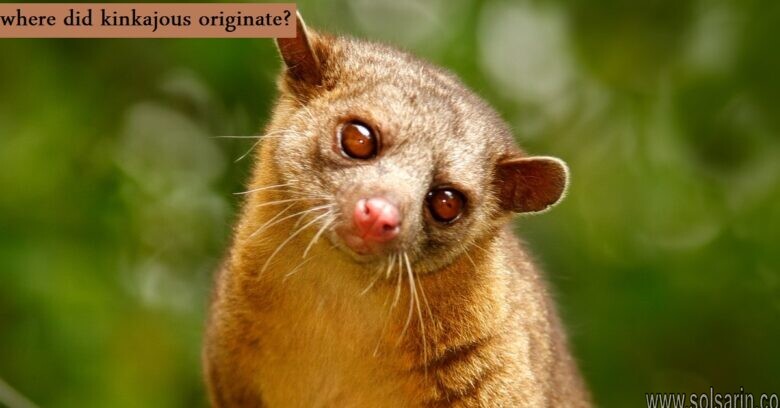 where did kinkajous originate?

Hello dear friends, thank you for choosing us. In this post on the solsarin site, we will talk about ” where did kinkajous originate?”.
Stay with us.
Thank you for your choice.

where did the word kinkajou originate from

Native to Central America and parts of South America, the kinkajou is an agile denizen of the upper canopy of tropical forests. The kinkajou is the only species of the genus Potos.
Though related to the raccoon and coati, its appearance, behaviour, and ecology more closely resemble those of a primate.

The kinkajou (/ˈkɪŋkədʒuː/ KING-kə-joo; Potos flavus) is a tropical rainforest mammal of the family Procyonidae related to olingos, coatis, raccoons, and the ringtail and cacomistle. It is the only member of the genus Potos and is also known as the “honey bear” (a name that it shares with the unrelated sun bear).

Also known as honey bears, kinkajous have become popular in the exotic pet trade. They are generally friendly, playful, and curious when raised in captivity. However, they are easy to startle and might become aggressive with their owners. Plus, they can be difficult to house, as they require lots of room for exercise.

Kinkajous are nocturnal by nature. Their most active time tends to be from around 7pm to midnight. Kinkajous are very aggressive and startle easily. When they become aggressive, kinkajous typically attack their attacker’s face or genital area.

Kinkajous live in the tropical forests of Central and South America, where they spend most of their time in the trees. They are able to turn their feet backwards to run easily in either direction along branches or up and down trunks. The kinkajou also has a prehensile (gripping) tail that it uses much like another arm. Kinkajous often hang from this incredible tail, which also aids their balance and serves as a cozy blanket while the animal sleeps high in the canopy.

Though many of its features and traits sound like those of a primate, the kinkajou is actually related to the raccoon.

Kinkajous are sometimes called honey bears because they raid bees’ nests. They use their long, skinny tongues to slurp honey from a hive, and also to remove insects like termites from their nests. Kinkajous also eat fruit and small mammals, which they snare with their nimble front paws and sharp claws. They roam and eat at night, and return each morning to sleep in previously used tree holes.

Kinkajous form treetop groups and share social interactions such as reciprocal grooming. They are vocal animals—though seldom seen, they are often heard screeching and barking in the tropical forest canopy.

Female kinkajous give birth to one offspring in spring or summer. The baby is born with its eyes shut and cannot see for a month. It develops quickly, however, and by the end of the second month, it is already able to hang upside down from its tail.

Kinkajous are also known as honey bears – sharing their name with the sun bear. They are often mistaken for ferrets or monkeys, and have the same bare hands and feet and prehensile tails that monkeys do – but these little honey-colored, honey-loving critters are actually related to red pandas and raccoons.

Kinkajous are found in most rainforest areas of South America. They are nocturnal and arboreal, meaning that they come out at night and spend most of their waking hours up in trees.

About This Fact Sheet

Disclaimer: Although San Diego Zoo Wildlife Alliance makes every attempt to provide accurate information, some of the facts provided may become outdated or replaced by new research findings. Questions and comments may be addressed.

The kinkajou (/ˈkɪŋkədʒuː/ KING-kə-joo; Potos flavus) is a tropical rainforest mammal of the family Procyonidae related to olingos, coatis, raccoons, and the ringtail and cacomistle.

The common name “kinkajou” derives from French: quincajou, based on the Algonquian name for the wolverine. It is similar to the Ojibwe word kwi·nkwaʔa·ke

A. M. Husson, of the Rijksmuseum van Natuurlijke Historie (Leiden), discussed the rather complicated nomenclature of the kinkajou in The Mammals of Suriname (1978).[5]

A 2007 phylogenetic study showed that kinkajous form a basal lineage sister to the rest of Procyonidae. They diverged 21.6–24 mya. Two clades, one leading to Bassaricyon (olingos and the olinguito) plus Nasua (coatis), and one leading to Bassariscus (the ring-tailed coati and the cacomistle) plus Procyon (racoons), appeared subsequently and radiated during the Miocene (23.8 to 5.3 million years ago). 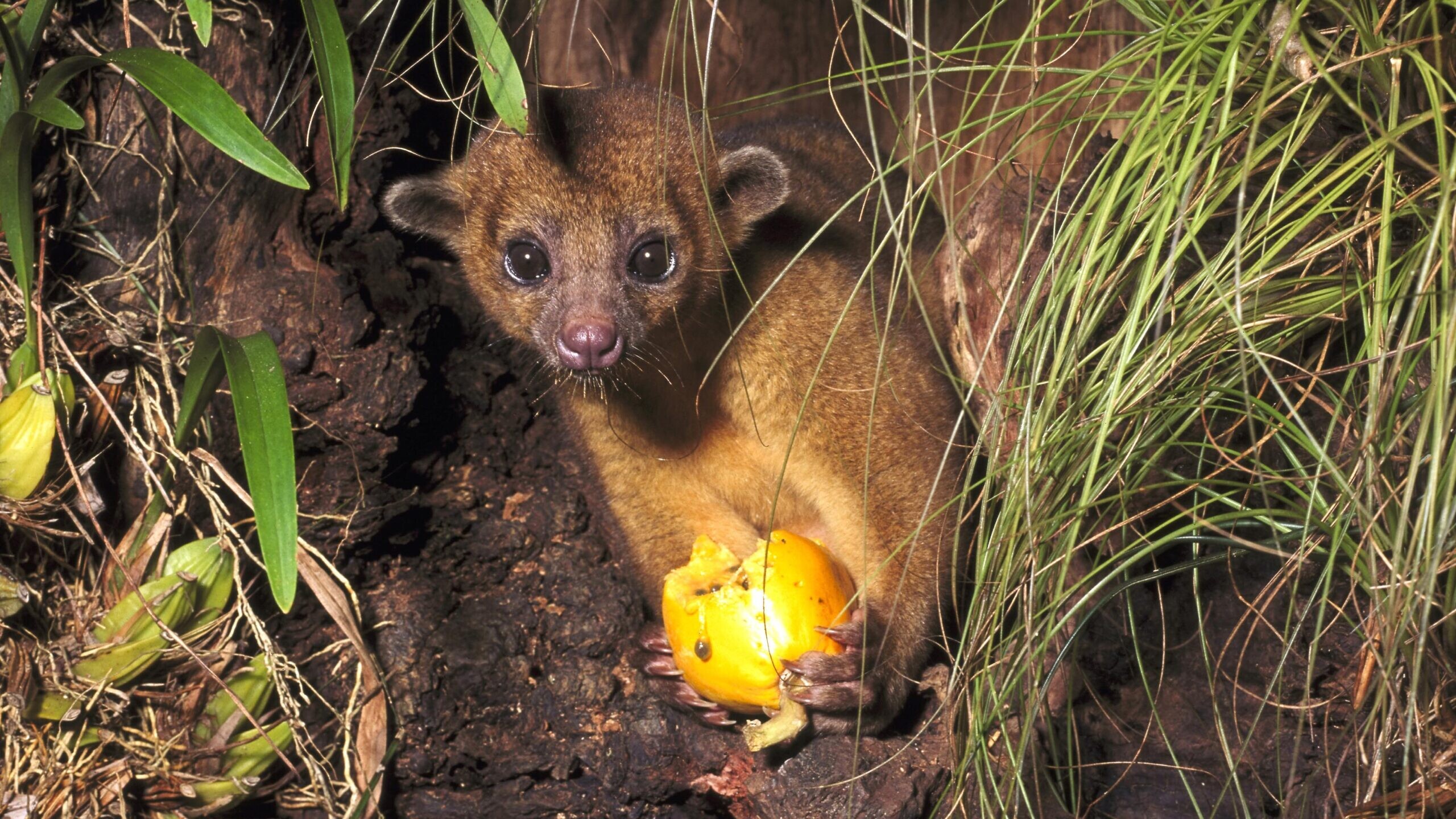