two sides of the american revolution 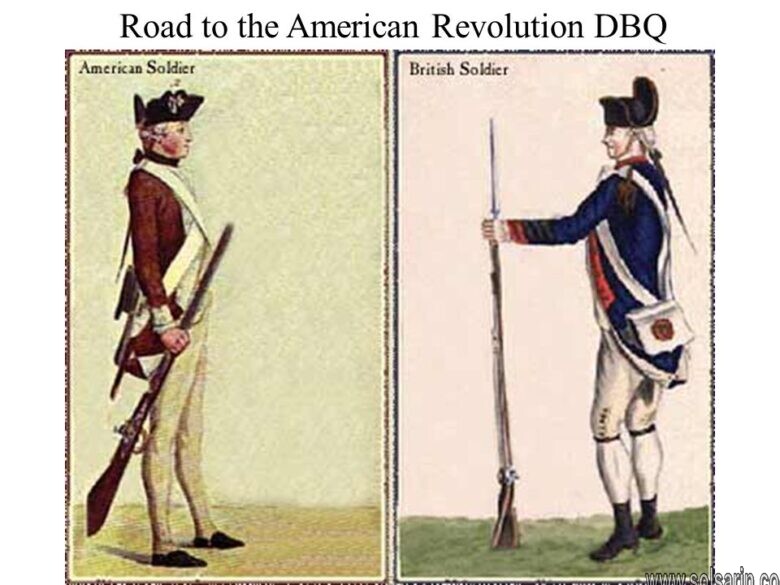 two sides of the american revolution

Hello dear friends, Solsarin in this article is talking about “two sides of the american revolution”

This article provides information on the American Revolution
also known as the American War for Independence or the Revolutionary War, including commonly asked questions.

When did the American Revolution begin?

Though preceded by years of unrest and periodic violence
the Revolutionary War began in earnest on April 19, 1775, with the battles of Lexington and Concord.
The conflict lasted a total of seven years, with the major American victory at Yorktown, Virginia in 1781 marking the end of hostilities
although some fighting took place through the fall of 1783.

When did the American Revolution end?

The Treaty of Paris was signed two years later, on September 3rd, 1783
by representatives of King George III including David Hartley and Richard Oswald
and the United States including Benjamin Franklin, John Adams, and John Jay, officially ending the conflict.
The treaty was ratified by the US Congress of the Confederation on January 14th, 1784.

What were the causes of the Revolution?

Through aiding the American colonists during the French and Indian War
the British government amassed an enormous debt thanks to the cost of raising, supplying, and funding an army on foreign soil.
Expecting the Americans to shoulder some of the financial burden, Parliament levied several acts of taxation as a means to soften the blow.

The Sugar Act (1764), the Stamp Act (1765), and the Townshend Acts (1767)
were merely some of the unpopular pieces of legislation placed upon the American colonies for the purpose of raising funds to pay the French and Indian War debt.

Years of unrest and discord followed.
The Americans maintained that Parliament could make laws, but insisted only their elected representatives could tax them.
The English felt that Parliament had supreme authority over the colonies.

The Americans formed Committees of Correspondence, and later, a Continental Congress
to find solutions, but could not find common ground with the English.
When fighting broke out in 1775, American revolutionaries determined that separation was the only means of obtaining liberty and justice.

The Declaration of Independence was signed on July 4th, 1776, formally dissolving the colonies’ relationship with their mother country
and plunging the continent into war.

The colonists living in the British North American colonies who rebelled against the authority of the crown were known as:
patriots, revolutionaries, continentals, colonials, rebels, Yankees, or Whigs.

Those who lived in the colonies and remained faithful to the Crown were known as loyalists, Royalists, King’s Men, or Tories.

What were British soldiers called?

British authority and soldiers likewise acquired several monikers throughout the course of the war
and were synonymously referred to as the British, the Crown, Great Britain, lobster backs, and regulars.

What were the populations of the two sides?

Great Britain had 8 million residents in 1775, and the 13 colonies about 2.5 million (of which half a million were slaves).

Where were the battles fought?

The majority of the war was fought in New York, New Jersey, and South Carolina, with more than 200 separate skirmishes and battles occurring in each of these three colonies.
However, engagements were fought in every one of the original thirteen colonies
with additional military actions taking place in the modern-day states of Tennessee, Arkansas, Indiana, Illinois, Kentucky, Alabama, and Florida

How much territory did the British control during the war?

Though difficult to quantify with numbers and acreage, there can be little doubt that the British forces occupied geographically
and geopolitically important areas throughout the course of the war.
They held several important Canadian forts and cities in Nova Scotia, Ontario, New Brunswick
remaining in control of these areas even following the American Revolution.

The British also controlled many key cities within the American colonies
with New York serving as its major base of operations for the duration of the war.
They also temporarily possessed the cities of Boston and Philadelphia and held Savannah and Charleston until 1782.

While the British held several key urban centers
it’s important to understand that 90% of the colonial population lived in the rural countryside outside of British control and influence.
So, in essence, the British were only able to maintain power in areas with a strong military presence, i.e. the colonial cities.

What are the major battles of the Revolutionary War?

Some engagements involved large numbers of prisoners, such as Yorktown, in which the British surrendered over 8,000 soldiers. In Charleston, S.C., the British captured 5,000 continentals, but similarly suffered a major setback when 6,200  British soldiers under General John Burgoyne surrendered at Saratoga, N.Y.

Other battles had the highest percentages of men lost. At Cowpens, S.C. and nearby Kings Mountain, S.C., the British lost roughly 90 percent of their armies. In both of these battles most of the losses were prisoners.

The crushing defeat of the Continental Army at the battle of Camden, S.C. stands out as the most costly battle of the war. Approximately 1,050 continental troops were killed and wounded, while the British suffered 314 casualties.

Americans fought the war on land with essentially two types of organization: the Continental (national) Army and the state militias.
The total number of the former provided by quotas from the states throughout the conflict was 231,771 men, and the militias totaled 164,087.
At any given time, however, the American forces seldom numbered over 20,000; in 1781 there were only about 29,000 insurgents under arms throughout the country.

The war was therefore one fought by small field armies. Militias, poorly disciplined and with elected officers, were summoned for periods usually not exceeding three months. The terms of Continental Army service were only gradually increased from one to three years, and not even bounties and the offer of land kept the army up to strength. Reasons for the difficulty in maintaining an adequate Continental force included the colonists’ traditional antipathy toward regular armies, the objections of farmers to being away from their fields, the competition of the states with the Continental Congress to keep men in the militia, and the wretched and uncertain pay in a period of inflation.

By contrast, the British army was a reliable steady force of professionals. Since it numbered only about 42,000, heavy recruiting programs were introduced. Many of the enlisted men were farm boys, as were most of the Americans. Others were unemployed persons from the urban slums. Still others joined the army to escape fines or imprisonment. The great majority became efficient soldiers as a result of sound training and ferocious discipline.

The officers were drawn largely from the gentry and the aristocracy and obtained their commissions and promotions by purchase. Though they received no formal training, they were not so dependent on a book knowledge of military tactics as were many of the Americans. British generals, however, tended toward a lack of imagination and initiative, while those who demonstrated such qualities often were rash.

Because troops were few and conscription unknown, the British government, following a traditional policy, purchased about 30,000 troops from various German princes. The Lensgreve (landgrave) of Hesse furnished approximately three-fifths of that total. Few acts by the crown roused so much antagonism in America as that use of foreign mercenaries.

The colony of Massachusetts was seen by King George III and his ministers as the hotbed of disloyalty. After the Boston Tea Party (December 16, 1773), Parliament responded with the Intolerable Acts (1774), a series of punitive measures that were intended to cow the restive population into obedience. The 1691 charter of the Massachusetts Bay Colony was abrogated, and the colony’s elected ruling council was replaced with a military government under Gen. Thomas Gage, the commander of all British troops in North America. At Gage’s headquarters in Boston, he had four regiments—perhaps 4,000 men—under his command, and Parliament deemed that force sufficient to overawe the population in his vicinity. William Legge, 2nd earl of Dartmouth, secretary of state for the colonies, advised Gage that